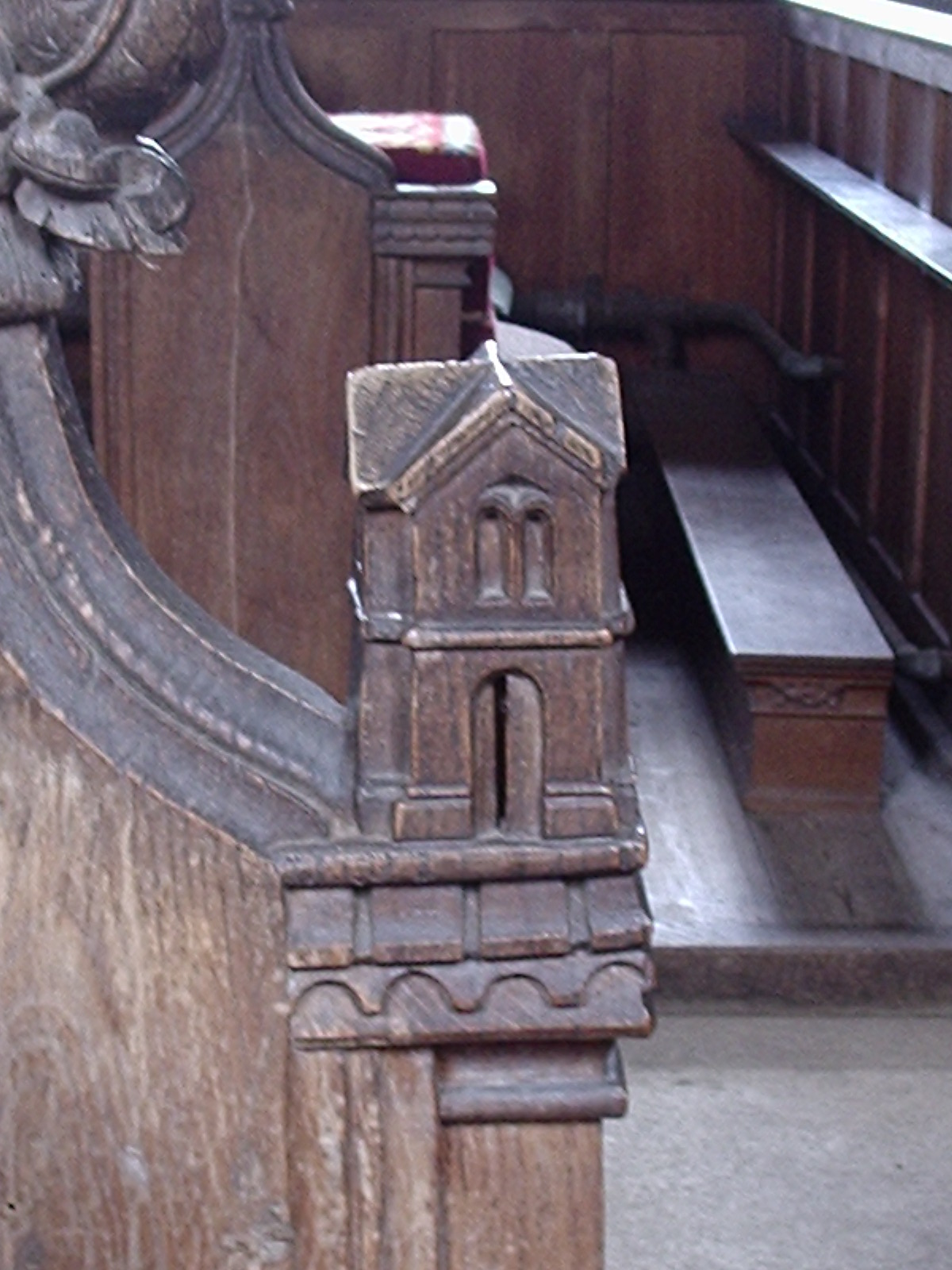 The choir rooms play a vital part in the maintenance of the choral tradition of the cathedral.  It is here that the various choirs practice their singing, and the walls of this part of the building have echoed to many fine outpourings of vocal talent.  Visitors are sometimes disturbed by the sounds of heavy breathing that creep under the thick wooden doors, and have to be reassured by the verger that there is nothing untoward going on behind them.  Part of the training that the choristers undergo is control of their breathing, and to this end their speech therapist, Miss. Gertrude Aylesbury, often has them on the floor and panting like dogs.

The fine pew-end carving shown above was created in the mid-17th century and tradition holds that it portrays the first choir rooms built for the cathedral in 1498 in Privy Street.  They burnt down in 1641 during a particularly fine firework display organised by the Dean of the cathedral in honour of the King's birthday.